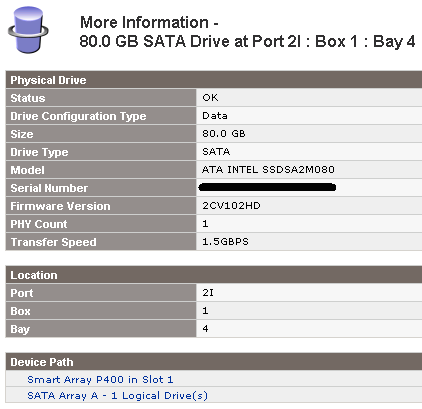 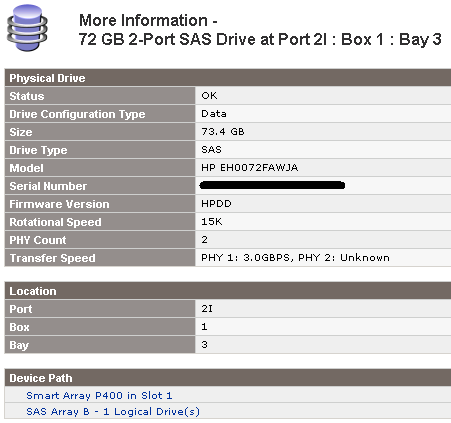 The overhead of the operating system, as well as NTFS and the old controller (G6 or G7 might perform better) are bringing the numbers down from ~15K, which I have at home on a bare unpartitioned drive. So the whole picture looks like the following:

Actually, I expected a dedicated server controller to perform better than my 1-yr old motherboard’s built-in stuff. Considering I have a constant 4.5K both read and write @ 4K random access test on the same SSD, partitioned for Windows 7 Enterprise 32-bit, this is quite far from being impressive.

One fact is curious though. I would never believe, that disabling cache would help. But it does help a bit, for reads. Particularly, it brings random 4K read up to 3200 IOps, but write speeds are halved. Obviously HP are optimizing their RAID5 performance. So reads and writes get kinda balanced with caching enabled.

I am not going to stop experimenting at this point - this setup needs more testing. I will try updating PSP from 8.30 to 8.50 and see if it gets better. Also, need to test Hyper-V guest performance and see if it makes sense to keep VHD images on an SSD. And I might play with cache settings too. Watch this article for updates.

UPD: more testing was done, using PassMark simulated pattern benchmark, and here’s how both drives would perform as a file, web and database servers (see respective figures below). 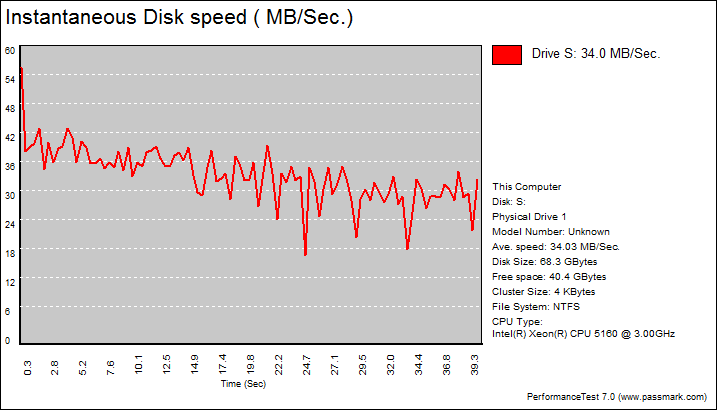 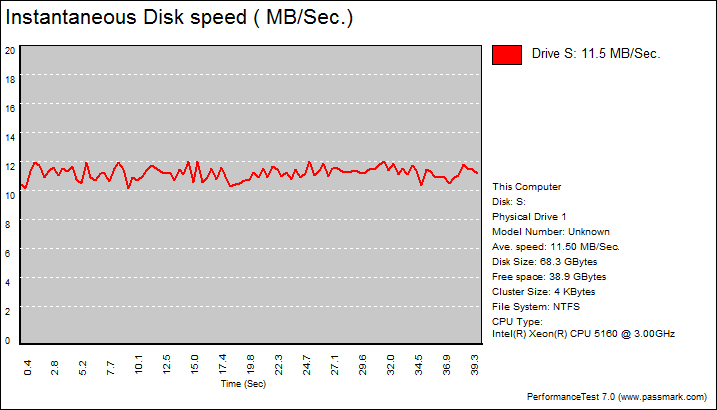 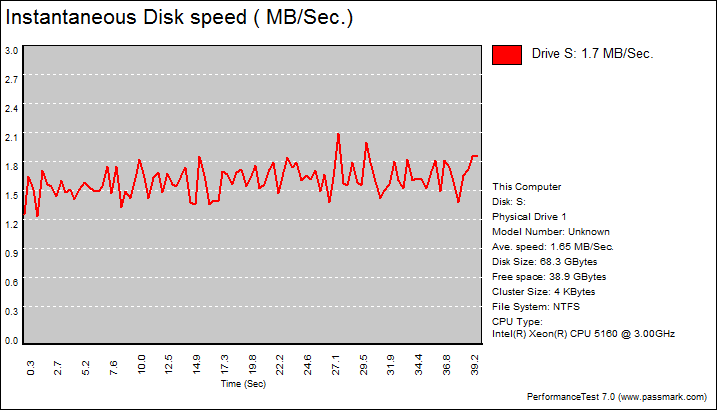 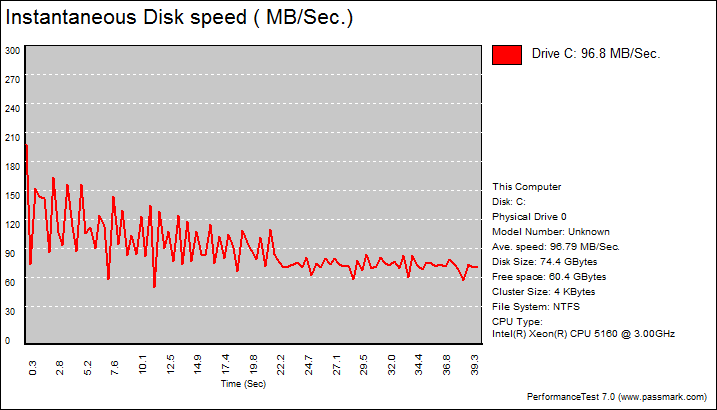 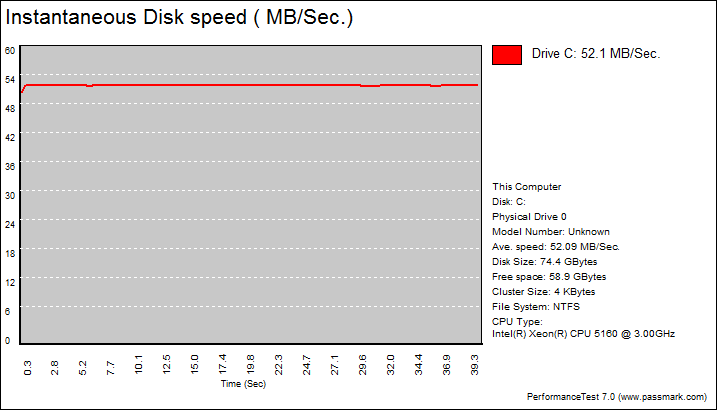 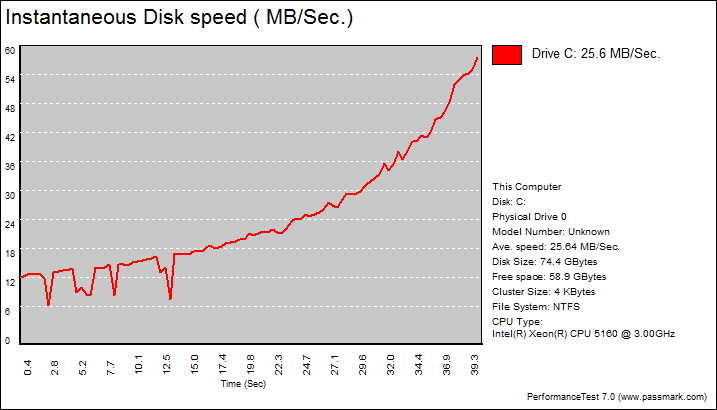 Notice how SSD shines in a database test. It peaks at 60 MB/s, which is almost 30 times faster than that of a fast 15K spindle hard drive.

According to Tomshardware, it is a mere 1.5x worse than a Western Digital Black, which is positioned as a high performance desktop hard drive. Which means consumer level solutions are not so bad in terms of random IO. Considering you can get a TB for under a 100$, it’s a much better choice cost wise, if you have enough space/slots for it.

SSDs, however, bring performance up to a new level, and are, in fact, cheaper than SCSI hard drives, on a per-gigabyte basis. Unless HP or other manufacturers make something really special on a hard drive market, it appears SSDs will take their place very soon.

UPD3: Upgrade to PSP 8.50 had no effect on disk performance.