I recently bought a new 2TB SSD to handle my virtual machines. This one is m.2, was previously using 256 GB SATA drive. Nothing against SATA, it just can’t compete on speed with m.2. Below is a screenshot from an SSD speed test using Crystal Disk Mark version 6.0.2 x64 (front) with temperature check in Hard Disk Sentinel in the background. 58C under 100% load for a few minutes is not bad on stock cooling. Speeds are slightly lower than advertised (3500MB/s read and 3000MB/s write), but I don’t think it matters in terms of real world performance.

I paid 270 Canadian dollars + tax for 2TB option when it was on Prime Day sale.

Notice on the screenshot that 73.03 GB was written during this performance test. According to various sources, the total endurance for this model is around 600 TBW. If you are looking for higher endurance, you might want to go with S50 instead, which has 3600 TBW for a 2TB option. However, it’s also nearly twice as expensive, you can buy 2TB on Amazon for $500.

It’s interesting that SATA drives are still fairly expensive, given that SATA is being phased out by a faster PCIE interface. I would expect them to be at least half the price. If a 2TB SATA drive was sold for $135, this sounds like a great alternative for my case, when m.2 performance isn’t really needed. However, the closest good quality SATA SSD was selling for $250, which is almost the price of m.2. My only reasonable explanation is that majority of users haven’t yet upgraded to m.2 and/or don’t know about m.2 PCIE adapter solution. 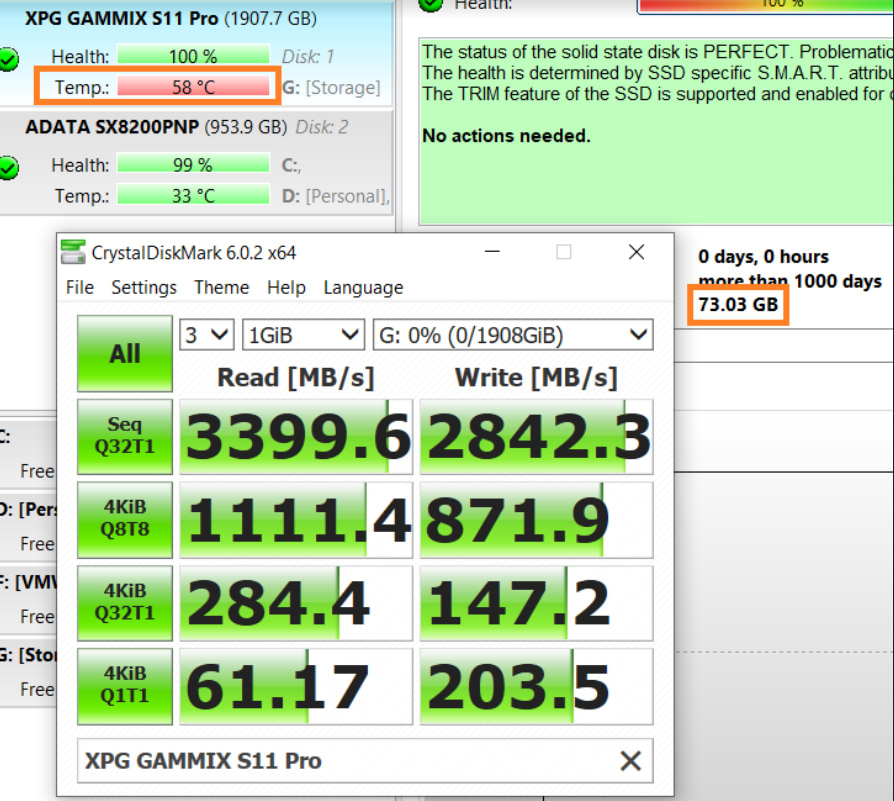